Catch them young, as the saying goes. La Macanita, her real name is Tomasa Guerrero Carrasco born in 1969 in the lovely town of Jerez de la Frontera in Andalusia, was only four years old when she appeared singing and dancing in a well known spanish tv flamenco show. She was destined to become the great flamenco star she is now. Her voice has such power and is so pure, it always gives me the ‘escalofrios’ (goosebumps).

One of photographer Juan Carlos Toro‘s dreams was to cover the walls of antique buildings of the city of Jerez de La Frontera with photo’s of great flamenco stars. La Macanita was covered on the walls of the antique Tabanco El Duque. 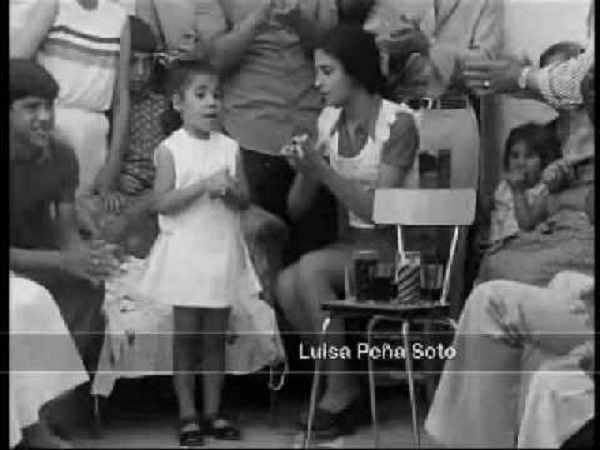